I read the Guardian pretty regularly, mostly for their covergae of the Premier League. They’re pretty lefty, but truth-be-told, so am I, so I also look at their Brexit coverage. (It’s much deeper than any of the U.S. papers.) 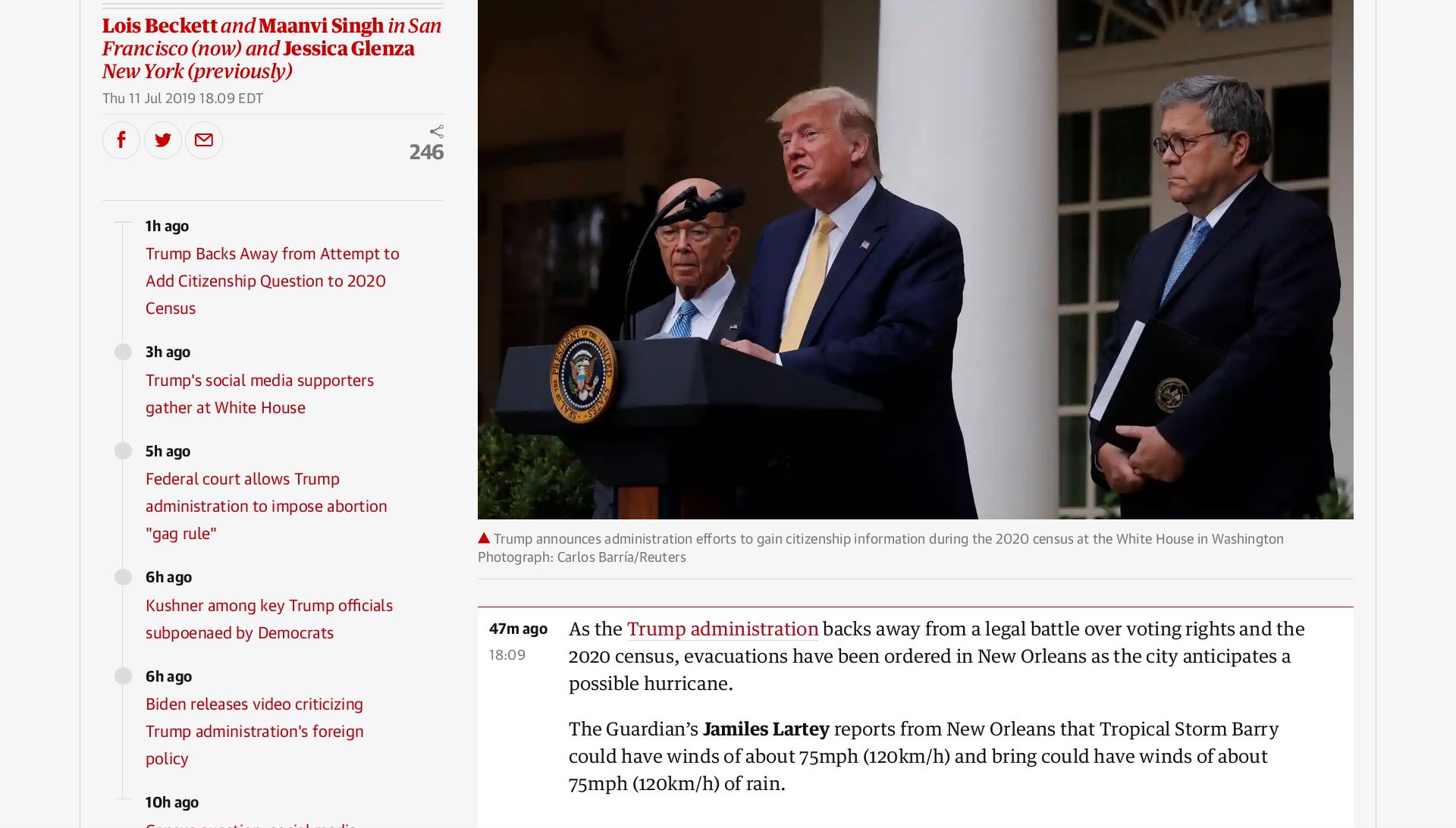 At some point, I noticed that they had a “live” news story on their front page, every day. They provide minute-by-minute live coverage of sporting events, and this is sort of the same thing, but applied to the news. I think it’s almost always politics. (Certainly seems to be in the US edition.)

This seemed kinda insane to me, but also I get it. This is basically twitter these days, a live stream of “news.” Most news sites main twitter feeds do something similar, but they are typically posting links to stories on their sites. These Guardian live news stories don’t usually contain links to other stories, but each post is kind of micro-story. Some of these turn into “regular stories,” and they get linked to.

I wanted to see if any other news sites were doing something similar, but it seems like it’s just the Guadian.

I did notice some stark differences in how sites were covering the top news story that day, Trump’s announcement about the citizenship question on the 2020 census. 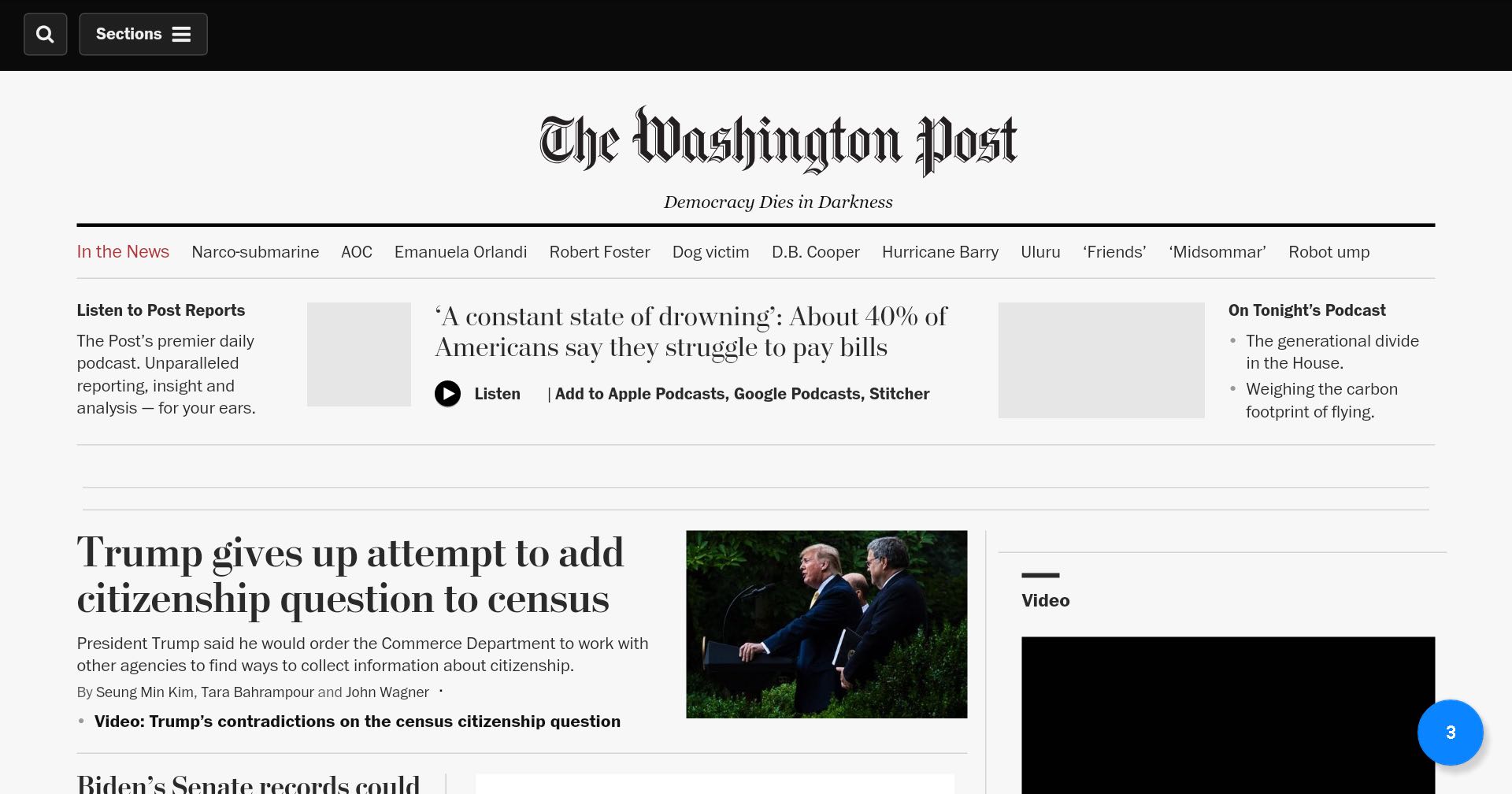 The New York Times labels It a “retreat”. The Post describes Trump as “giving up.” Not really surprising, retreat has a bit of an editorial slant, but “giving up” seems relatively neutral. 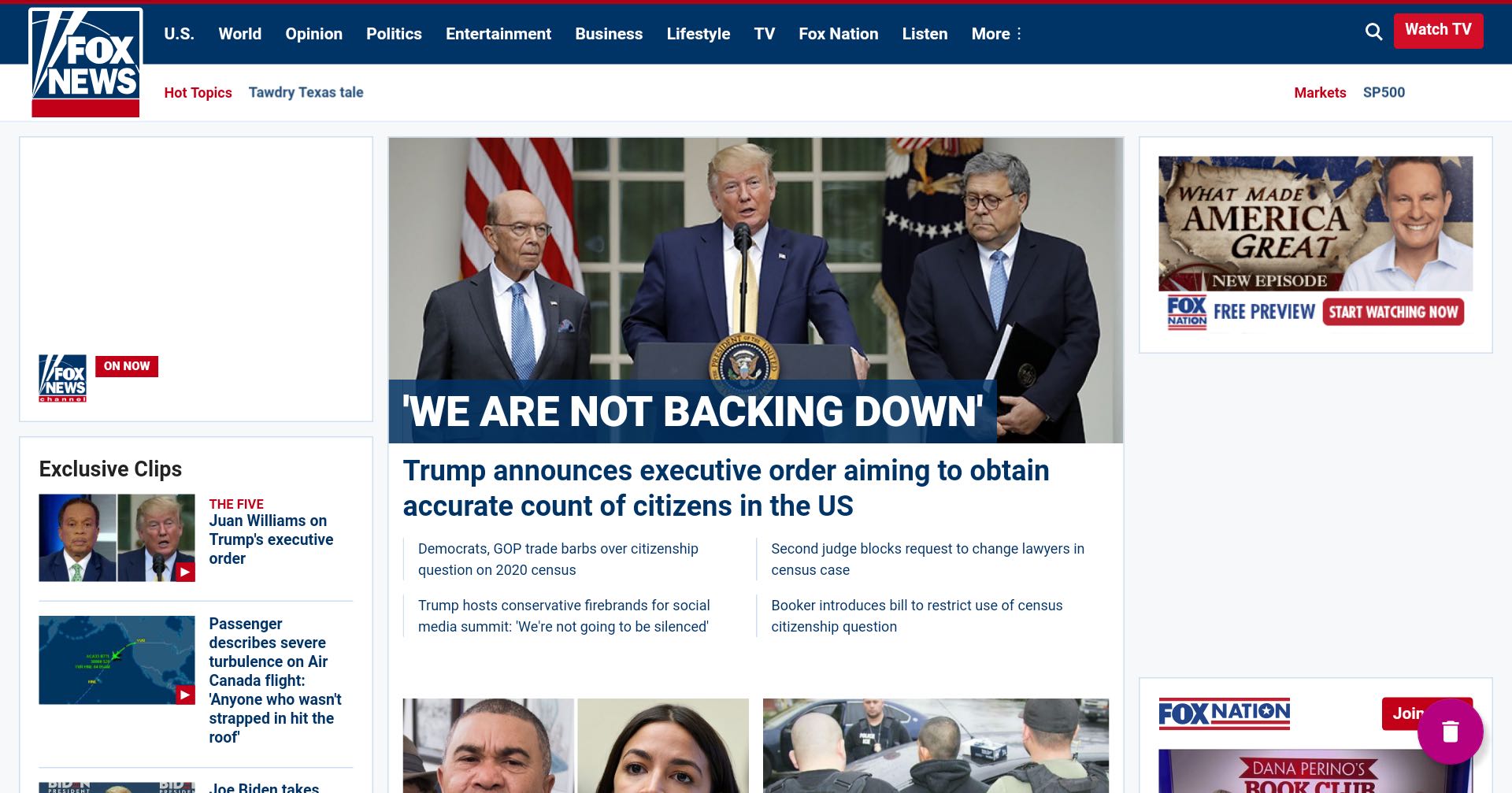 Again, nothing surprising here: The Wall Street Journal uses “drop” to describe the change. And Fox News, straight up GOP Pravda, applies some serious spin. It’s not that he’s dropping the old plan, he has a new better plan. Yeah, that’s the ticket.

I was expecting something a bit more celebratory from MSNBC.