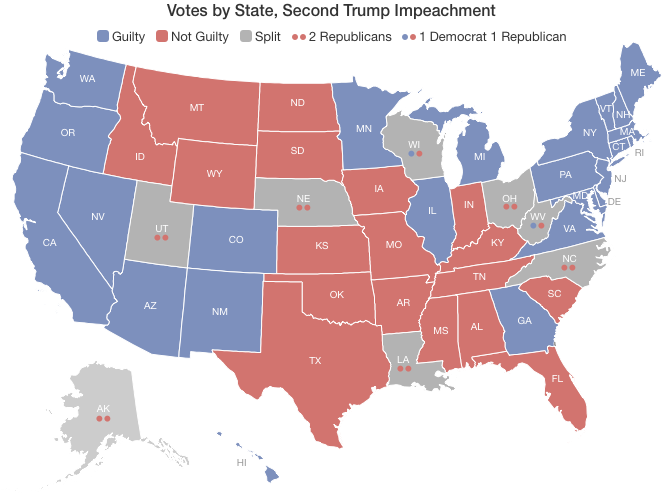 As I write this, it’s February 13th, 2021. It’s °4 F and snowing lightly here in Denver. The Senate has just found Trump not guilty of Incitement of Insurrection, the single charge put forward in his second impeachment.

The final tally was 57 guilty to 43 not guilty. All 50 Democrats voted for impeachment. They were joined by Republicans Richard Burr from North Carolina, Bill Cassidy from Louisiana, Susan Collins from Maine, Lisa Murkowski from Alaska, Mitt Romney from Utah, Ben Sasse from Nebraska and Pat Toomey from Pennsylvania. Impeachment requires two-thirds of the members, or 67 votes with all 100 present.

I have feelings about this, that I’ll detail in a future post, but this is the most bipartisan impeachment vote in history.

There are only seven people in history who have voted to impeach a President from their own party: the seven who voted to convict Trump in his second impeachment. Mitt Romney was previously the only Senator ever to do so.

The fatal flaw in impeachment is the idea of an impartial jury. A jury made-up of Senators, half from from the President’s own party. There is no impartiality. There isn’t even the pretense.

The Oath is a Sham

The Senators take an oath before the trial. The Constitution says “When sitting for that Purpose, they shall be on Oath or Affirmation.” Since 1798, some variation of “I will do impartial justice according to the Constitution and laws: so help me God,” has been used.

Before Trump’s first impeachment, numerous Republicans including Senate Majority leader, and Yertle the Turtle impersonator, Mitch McConnell said, “I’m not an impartial juror. This is a political process. There’s not anything judicial about it.”

During the second impeachment, Republican Senators Lindsey Graham, Mike Lee, and Ted Cruz met privately with Trump’s defense team, both before and during the trial. Senator Rand Paul could also be seen talking to the defense during the trial.

So, that’s what practically counts as impartial justice. Mmmmmm. Swampy.

Who’s on the Jury?

The January 6 Insurrection was driven by the “big lie” that Trump won the election. Trump repeated this ad nauseum between the election and the coup attempt. This lie was also spread by numerous GOP Senators.

On January 6th, after the violence, there were objections to counting the electoral college votes of both Arizona and Pennsylvania. (The intial objection to Arizona took place during the attack, but both Senate votes below took place after they reconvened.)

Altogether, eight Republican Senators voted in objection. Should they have been allowed to sit on the jury? If they were excluded, only 61 votes would have been needed to convict.

If Lindsey Graham (R-SC) and Mike Lee (R-UT) were excluded for meeting with the defense team prior to the trial, in violation of their oath, only 90 Senators would remain on the jury, with just 60 needed to convict. Maybe three other GOP Senators would have voted to convict, if this were the case. And maybe rainbows will fly out of my butt.

Rather than having the whole Senate vote, which reduces impeachment to a party-line vote, the Senators could nominate six Republicans and six Democrats to sit as the jury. If the vote were taken in secret and still required a two-thirds majority, impartial justice might be done.

But this would require a constitutional amendment, which requires a two-thirds supermajority vote in both the House and the Senate. Put some monkeys on the rainbows.

Like the Minnesota Vikings in the Super Bowl, impeachment has a perfectly imperfect record, four attempts, zero convictions, but let’s look at the votes.

Richard Nixon was never formally impeached. Three articles of impeachment, obstruction of justice, abuse of power and contempt of Congress, were voted out of committee, with seven of seventeen Republicans joining all twenty-one Democratic members. Impeachment in the House was a certainty and conviction in the Senate very likely. But before that happened, Nixon released a transcript that made it clear he was complicit in the cover-up. At this point, even his most vocal defenders in Congress abandoned him and Nixon resigned on August 9, 1974.

What will get a President Impeached?

Election-rigging and coup-throwing will get you impeached. 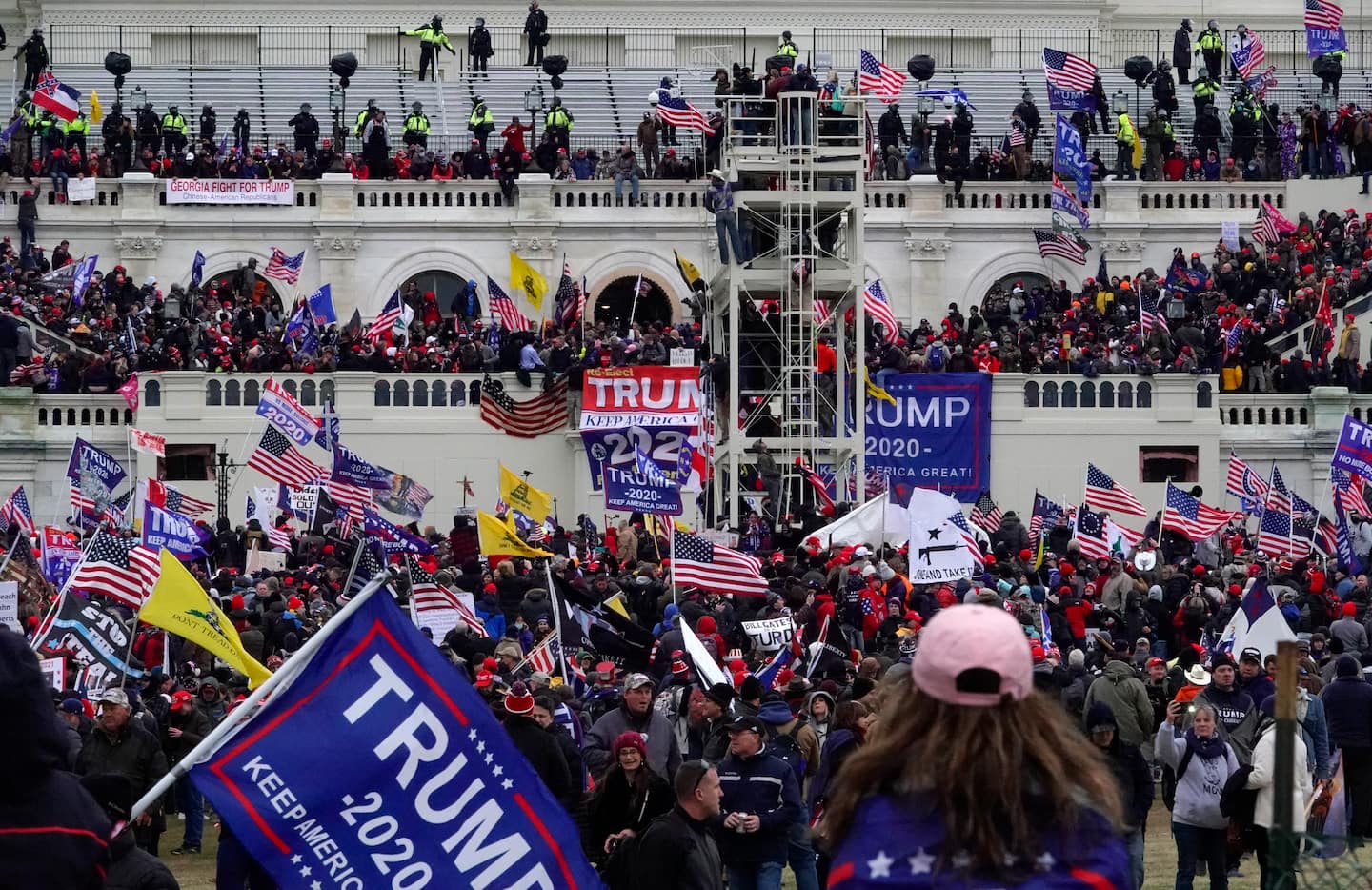 Can a President be Impeached after Leaving Office?

About this, the Constitution says:

Judgment in Cases of Impeachment shall not extend further than to removal from Office, and disqualification to hold and enjoy any Office of honour, Trust or Profit under the United States; but the Party convicted shall nevertheless be liable and subject to Indictment, Trial, Judgment and Punishment, according to Law

Since several Judges have been impeached after resigning, it would seem that removal is not required, and the Senate voted on this twice.

Bill Cassidy is the guy who changed vote, if you are wondering. After hearing evidence in the impeachment trial, he said he was persuaded. This is the precedent they set: a President can be impeached after leaving office. It happened in 2021.

How likely is a conviction?

Sadly, the odds of conviction depend entirely on the partisan make-up of the Senate.