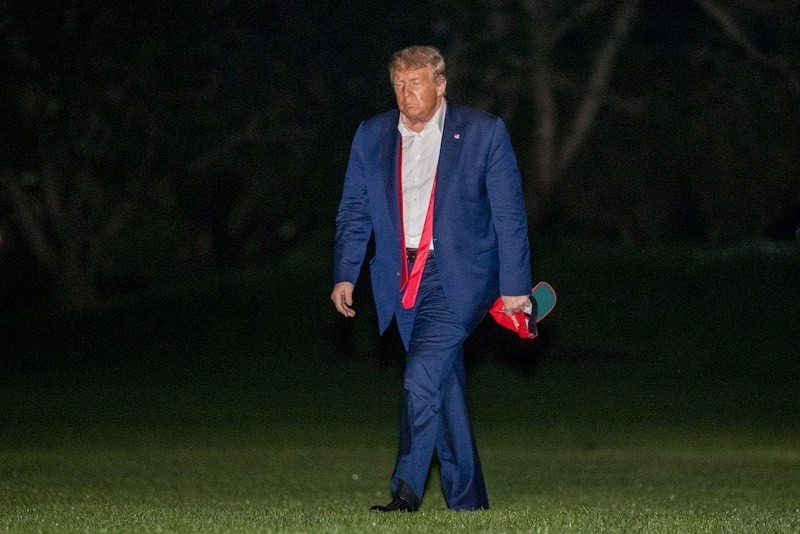 A month ago, I wrote about Trump’s plan to steal the election.

As a reminder, the plan was to:

Check. His tweets were being real-time fact checked by Twitter, and his lies weren’t spreading fast enough. So he held an unhinged press conference at 2:30 am on election night. It was deeply crazy even for Trump. Only he didn’t take any questions, so that’s not a really press conference, is it? If you are into self abuse, you can watch his remarks on YouTube. 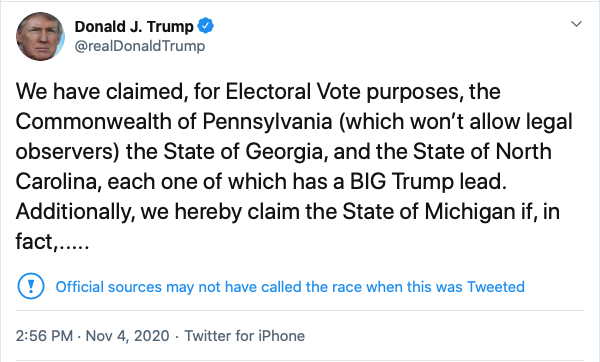 Check. At least in the states where he had an early lead. But, in Arizona? No those votes must be counted, because the ‘Anointed One’ was behind in Arizona. Here the MAGA were chanting “count every vote.” At people doing exactly that.

Actually, this seemed kinda half-hearted. A smarter, more dedicated authoritarian would have done a better job. C minus. At least as far as disqualifying ballots before they were cast.

The efforts to wholesale disenfranchise hundreds of thousands of American voters by disqualifying their votes after the election, in what amounts to a slow-moving public coup attempt, continue.

Take it to the courts

Trump has repeatedly called the election “a fraud.” And threatened legal action, including “taking it to the Supreme Court.”

Trump’s lawyers, and those of State GOP organizations, are filing any lawsuit they can think of, legal merit or no. They would need to flip Georgia, Pennsylvania, and Nevada, or a similar mix of states, to change the outcome.

Courts are, so far, throwing these cases out like flaming turds, because there is no credible evidence of fraud.

So that’s where we are now

Sane Republicans and foreign leaders, both sane and insane, have publicly congratulated Joe Biden and Kamal Harris on their victory. But…

All of this without any credible evidence of voter fraud.

Are Bill Barr, Mitch McConnell and Lindsey Graham and the rest of the complicit willing to engage in a coup?

I dunno, because I live in the “shit hole country” that Trump and the GOP have turned America into. Grab a child in cage from the gift shop on your way out of hell world.