Around 2002, I was traveling for work. I was doing a trade show, demoing Six Degrees in London. My wife, Nancy, was traveling with me. 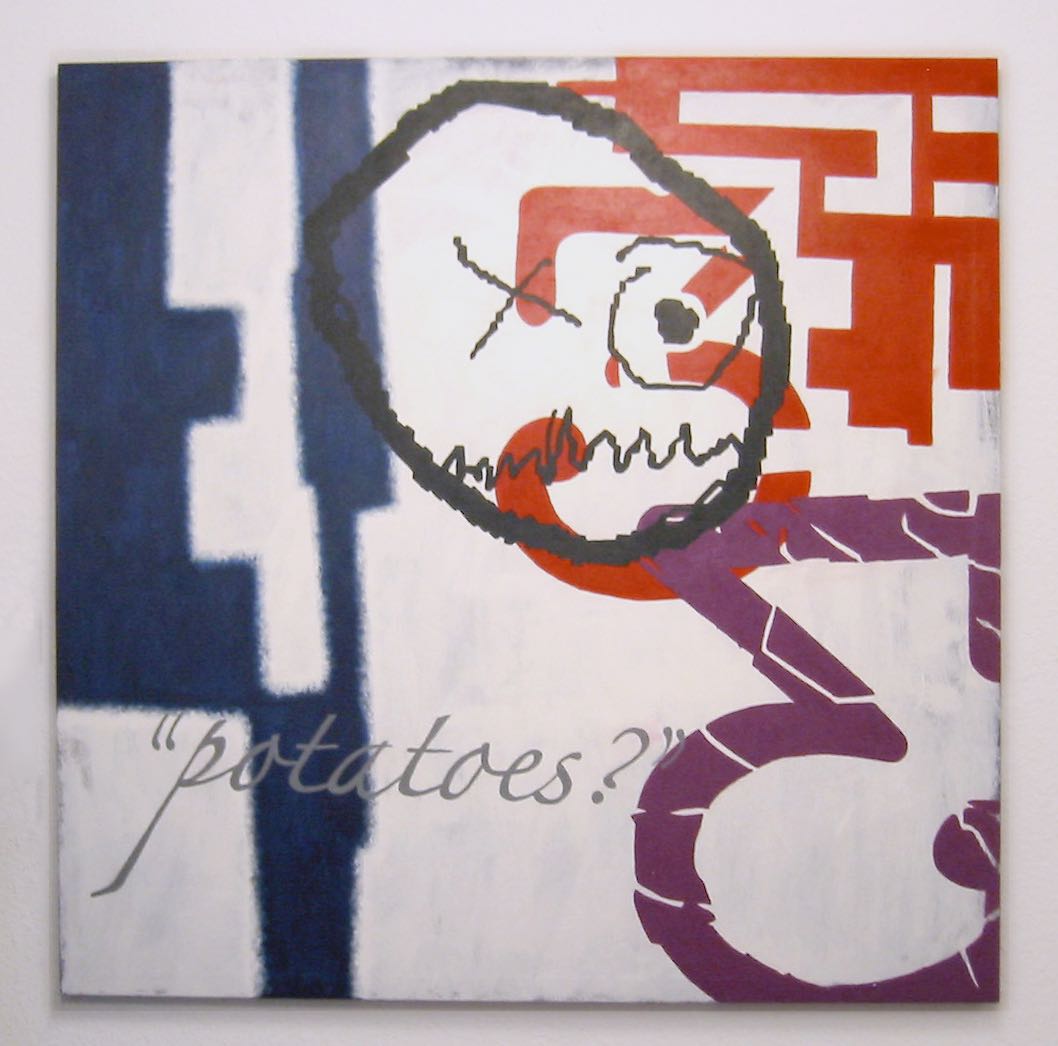 "Potatoes?"" A painting I made at the time.

The trip turned into a crash course in British food. Some examples:

Of course, we had a lot of terrific food too, London being what it is. If I remember correctly, we had a delicious dinner at the North Sea Fish Restaurant in Bloomsbury.

Our hotel included breakfast. Oddly, instead of serving yourself, they had waiters. It was pretty posh. Up early one morning headed to the trade show, still partially asleep, our waiter asked what I wanted. I ordered eggs and potatoes.

“Potatoes?” replied the waiter, incredulously, The reply was fairly dripping with contempt for the animal seated before him.

Because, altho you can get potatoes as a side with your lasagna, breakfast is the one meal of the day without any. I still think you could open an American style breakfast place with all the classics: bacon, eggs and hash browns; chicken-fried steak and eggs, and the like. You’d make a mint. Probably want to be open for lunch until the Londoners get used to hash browns at breakfast, tho.