We could have been Canada… 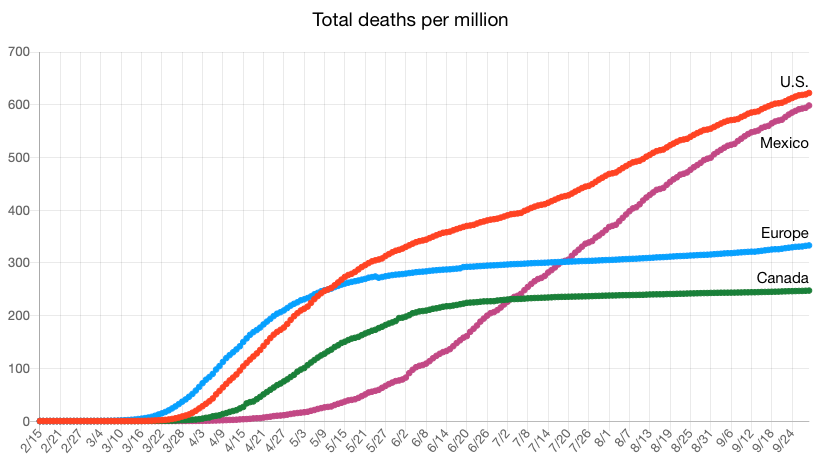 At the end of September, a little more than 6 months into the pandemic, how are we doing?

According to the CDC

The Institute for Health Metrics and Evaluation (IHME) at the University of Washington projects that there will be 371,509 deaths in the U.S. by the end of the year.

How do we compare with other industrialized countries?

In fact, only three countries have had more deaths per capita than the U.S.: Peru, Spain and Brazil.